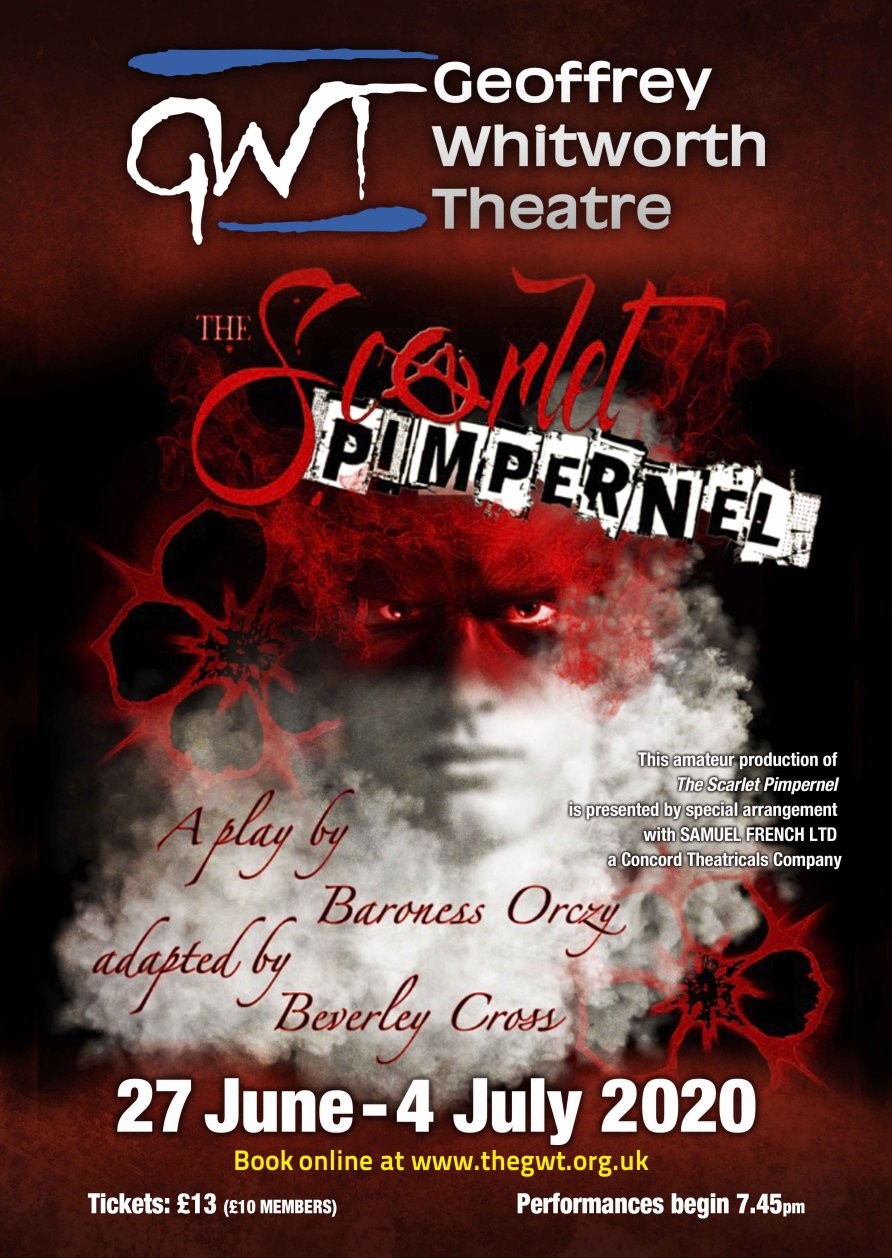 The Scarlet Pimpernel by Baroness Orczy, adapted by Beverley Cross

Before Batman there was Zorro, before Zorro there was The Lone Ranger. And before any of these there was the original mysterious superhero, The Scarlet Pimpernel.

This production features a large cast and a multitude of characters. Among them is the courageous Scarlet Pimpernel who hides behind a public persona, Sir Percy Blakeney. A seemingly slow thinking foppish playboy, in reality he is a formidable swordsman and quick- thinking escape artist. The elusive hero and his followers are the toast of English society and the arch nemesis’ of revolutionary France.

We are very excited to also be taking this romantic adventure to The Minack in Cornwall in August. (Playing 3rd to 7th Aug)